Petar Denchev (1986) is a Bulgarian writer and stage director. He has degrees in Theatre Directing (2010) and Drama (2017). He has received numerous awards and nominations at various prose and poetry competitions (Razvitie, Svetlostruy, Vesselin Hanchev, Altera magazine’s Extaz). ...

His novel Just Like a Man Kisses a Woman He Loves was chosen by Razvitie contest as Best New Bulgarian Novel of 2007. His novels The Small God of Earthquakes (2019) and Overwinding (2021) were nominated for the prestigious Helikon award. His short stories have been published in Serbian, Macedonian, Slovenian, German, English and Farsi.

He has directed productions for most major Bulgarian theatres, working on texts by Edward Albee, Jordi Galceran, Sarah Ruhl, Molière, Shakespeare, and many others. His productions have travelled to festivals in Serbia, Romania, Kosovo and Montenegro. 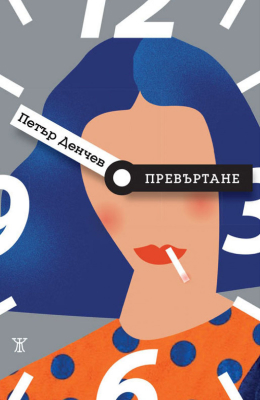 Overwinding is a philosophical novel about the cultural and political codes that define the Bulgarian mindset. It is also a book a book about consumerism as the fundamental ideology of our present – and its dark repercussions. A book that questions the moral grounds of our very existence in this time and age.